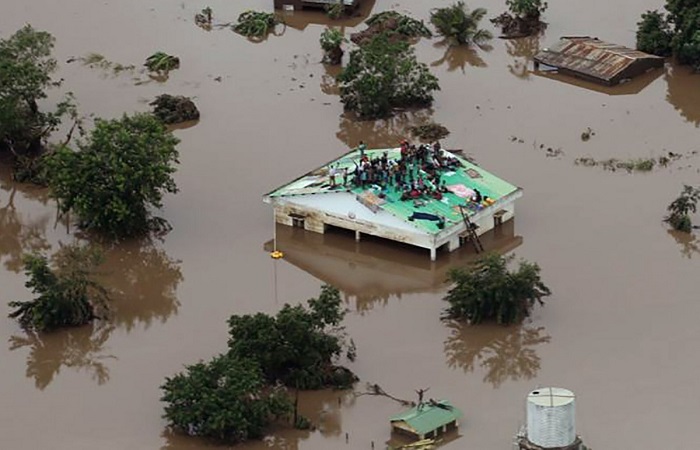 Cyclone Idai hit Mozambique a few days ago and now there is a real emergency. This phenomenon has caused several deaths and hundreds of missing persons: officially 600, but the number is increasing. The city of Beira, one of the most affected areas, where CEFA has been working since 2017 with the Africa Hand Project , is devastated also for the increasing cases of dysentery and the Mozambican government confirms that a cholera epidemic is underway. Although food aid is arriving, many families are displaced and do not know where to cook food.

Testimony of Roberto, head of CEFA

“CEFA is distributing emergency food to curb the emergency”, says Roberto Proietti, Mozambique manager for CEFA. “We are distributing rice, oil, soy flour and beans: 30 kg of food for 15 days for each family unit. The biggest problem is that families have been evacuated from their homes and have nothing left, not even a stove where to cook food”, explains the manager.

“We are delivering food in the areas of Dondo, Ceramica and Nhamatanda where many of our beneficiaries are, areas that are finally reachable. The road connection has been partially restored and is also accessible to trucks. The aid is therefore able to reach its destination, despite the long times to reach it due to the road disruption.

Elisa and Noemi, CEFA volunteers, are in Beira these days and try to gather new information and understand how to get in touch with the beneficiaries in rural areas.

We are trying to stem the emergency. We need help, give us a hand too.

Thank you so much!

“We would also like to arrive in Njangao, another rural area where we work with the breeders to improve the quality and marketing of milk, as well as the education and health of children, but it is still completely isolated”. Drinking water has returned to some area of ​​the city of Beira, the epicenter of the cyclone, but chlorine cannot be found to disinfect it. Cases of dysentery are increasing and a cholera epidemic is official in the areas affected by the cataclysm. Exponential malaria growth is also expected in the near future.

There is a great risk of “asbestos” – material with proven toxicity, which drastically raises the incidence of various tumoral pathologies – as the corrugated sheets, with which the houses were covered until the passage of the cyclone, flaked and the city  is full of eternit, (name of a compound in cement and asbestos fibers). In addition to being moved and stacked and then breathed in, asbestos is drunk because its dust settles in the water, the stagnant one, still used by many to drink and to cook.

In CEFA headquarters there is no drinking water and the roof is partly destroyed: the structure was temporarily repaired with a plastic tarpaulin to prevent it from flooding again”, Roberto says again.” In the city a black market was immediately created for goods of prime necessity whose prices, as you can imagine, are crazy”. You don’t even find the money because the ATMs are all out of order and the electricity arrives partially. The restoration of the electric network will require a long period, not less than a month. The city is no longer safe. Violence is increasing: there have been assaults on shops and thefts in homes. We are worried about the safety of our cooperators”.

What remains of the project created by CEFA?

“The local staff, of which we have not been informed for days, is safe and ready, together with the expatriate volunteers of CEFA, to get to work to rebuild both their homes, destroyed, and to restart the Africa Hand Project , born in 2017, which wants to reduce hunger through the development of the dairy and agricultural sector in Mozambique and teach women to vary their diet to feed their children more and better.

The cyclone and the rains, which are only giving a little respite in these hours, have also wiped out the sowing of maize and manioc that had been organized in recent months. So the next harvest will be lacking and we can already talk about food crisis. Moreover, there is the strong risk that this situation will last a long time, ” says Roberto.” We are therefore trying to understand, as soon as the conditions will allow it, if an emergency sowing is possible to stop this dramatic situation”.

“We are seriously worried,” the manager concludes, “but we will not give up. We will do everything in our power to help these people start over!”